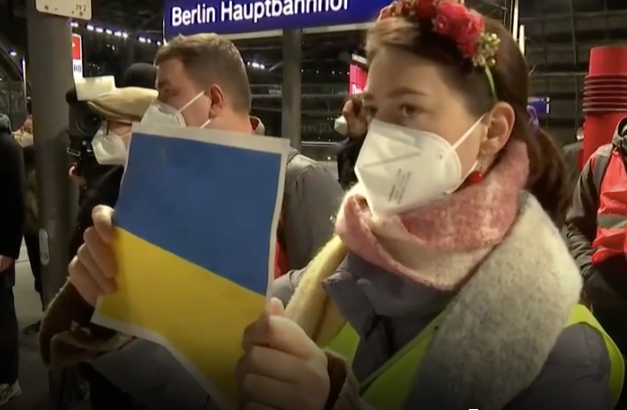 Will You Help Ukrainian Children?

It has been impossible to ignore the news surrounding the situation in Ukraine, with distressing images and videos on the news. The UK government has pledged to help the Ukrainian victims of war, particularly women and children. As a result, we are expecting extra pressure on our already stretched foster care system which has 8000 annual vacancies for new foster carers.

There are currently many unaccompanied asylum-seeking children living in care in the UK. Foster carers provide them a safe home so that they can start to deal with the separation from family members. These children have endured a lot of hardship, and may have witnessed harrowing situations and suffered abuse.

Offering to help is a big step, but caring for a refugee child can make a huge difference not only within their lives, but also in your own. It may seem daunting, not helped by the difference in language and culture, however, with the support of a Local Authority social worker, as well as the fostering Agency staff, you will have the professional support and finances to help you to overcome any difficulties and problems, ensuring that the child’s needs are met.

Your job as a foster carer requires you to take them to and from school, home office meetings and any appointments. You may also be required to help them in contacting family members by phone or online, or with any family members already in the UK.

All you need to begin your journey into foster caring today is to have the best interest of children at heart, the time and a spare room. If you are considering being a foster carer, get in contact with us today.

More and more children are entering care every day, we need your help to make sure that all refugee children, especially at this time, those from Ukraine, they have the opportunity to live in a safe, comforting home.

If you would like to foster a refugee child from the Ukraine or any other country, please enquire today and we will make sure you get the best start by finding the most suitable Fostering Agencies to choose from.

A refugee is a person who ‘owing to a well-founded fear of being persecuted for reasons of race, religion, nationality, membership of a particular social group, or political opinion, is outside the country of his nationality, and is unable to or, owing to such fear, is unwilling to avail himself of the protection of that country…’ (1951 Refugee Convention)

A person given refugee status is normally granted leave to remain in the UK for 5 years, and at the end of that period can apply for Indefinite Leave to Remain.

A ‘migrant’ is someone who travels from one country to another in to find better work or living conditions. All local authorities have a legal duty to care for a migrant who is under 18, on arrival in the UK. Children without their parents need to be fostered.

Who are asylum seekers?

In the UK an ‘asylum seeker’ means a migrant who has or intends to go through the legal process to apply to be in the country because they say they’re facing harassment due to their race, religion, nationality, political belief, or membership of a particular social group.

Read about the Government support for Asylum Seekers.

An unaccompanied asylum-seeking child (UASC) is not in his or her country of origin, under 18 years of age, and unaccompanied by a close relative when traveling to the UK.

The majority of asylum seekers are living in poverty and experience poor health and hunger.

The children are most often motivated learners, who make a positive contribution to their school. The UK does not let in more than its ‘fair share’ of asylum seekers.

Can I foster an Afghan Refugee Child?

Fostering placements are needed for children and young people from many countries seeking asylum where they can feel safe and begin to build a new life for themselves.

Agencies are looking for carers who can provide a stable home and lots of support and encouragement to help these children and young people to feel safe and secure.

Youngsters do well when they are placed with a foster carer of the same language, religion, and culture.

What You Will Need To Foster

You would often need to:

The same fostering assessment and checks are required to become a foster carer for asylum-seeking children as any other child or young person.

If you complete our contact form below you will be contacted by your local private fostering agencies on our database who provide foster carers to care for refugee children on behalf of local authorities.

(Definitions are not legally explicit)

You can apply to be a Foster Carer in England, Scotland, Wales and NI. There are over 8,000 vacancies every year because of the growing need for foster placements and the loss of carers who retire or move on. If you are thinking of starting a new career working from home and have a passion for children’s safety and well being, Fostering could be for you

If you are unsure if you are eligible to Foster and you'd like to find out if you can apply, then please use our free Eligibility Quiz.

To find the Fostering Agencies with vacancies in your area, please use our Easy Contact Form, it just takes a couple of minutes, and you could be on the way to becoming a Foster Carer.

If you live in the UK… We’ve got you covered.
We cover the length and breadth of the UK with our unique Agency Network. Finding an Agency near you and supporting your move into foster caring.